Since we have been highlighting Kids this week on our Facebook page we thought it fitting to share some information about a common symptom we see in our office, Colic! 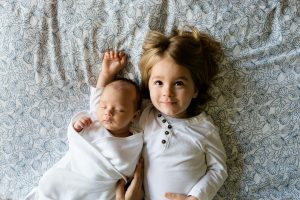 Colic is a term used to describe babies who are inconsolable for hours even though they have been fed, changed, and burped. This is a frustrating “diagnosis” to be given from a medical doctor because oftentimes the parents are told to wait it out as most colic resolves within 3-4 months. That is an extremely long time for new parents and causes unnecessary stress and worry for the family.

Colic is often associated with babies who spit up excessively. These infants are routinely prescribed medication for GERD- Gastroesphogeal reflux disease. Use of proton pump inhibitors, a medication used for GERD, grew exponentially for babies less than a year old over the past decade. One study that analyzed data of more than 1 million babies found a seven-fold increase in the amount of acid reflux medication prescribed to infants between 1999 and 2004.

The drugs meant to reduce gastric acid production in the stomach pose a risk for young babies. The risk is that eliminating gastric acid leads to a change in the normal bacteria in the gastrointestinal track, which could have implications for infection, immunity and digestion.

There is a better way to help alleviate the symptoms of colic and reflux disease in infants that does not resort to utilizing medications. Chiropractic has been shown to significantly calm upset babies in just a few visits. One study looked at over 300 infants with moderate to severe colic that were treated with chiropractic treatments. The results were that 94% of the children showed satisfactory improvements from their crying within just 2 weeks!

As parents we only want the absolute best for our kids, and we’re here to tell you there is a better, safer, more natural way to give giver our children a healthy life from the start! Choose to give your kids a healthy future!

Stay covered to ensure your medical bills get paid after your auto accident.

Santa Is Out of Order

Are You Sitting Yourself To Death?