Greatest Player in NFL History Says: “Chiropractic Was The Key To Keeping Me In The Game” - Desired Health Chiropractic
(763) 205-6192 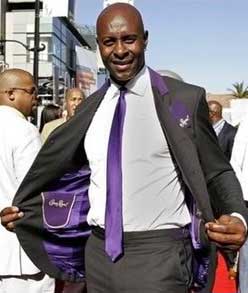 If the greatest player in the history of the National Football League said, “Chiropractic was the key to keeping me in the game,” do you think Chiropractic care could help you with your back pain and other aches and pains?

“I believe in Chiropractic and I know that it works.”

“You probably know about my long and successful career in football.  I’m flattered by the testimonials to my durability. Football is a very rough and vigorous sport.  Many of the pass patterns in a game either long or short require a maximum effort. I took some viscous hits from players nearing twice my size.  Thankfully, I had the durability to withstand these tackles – or I never would have succeeded or lasted for as long as I did.”

“Chiropractic was the key to keeping me in the game.”

“My first experience with Chiropractic care was right before the Bengal were to play the Bengals in Super Bowl 23.  A couple of our players were injured and a Chiropractor turned thing around. I quickly became a believer and very since I have had the benefit of Chiropractic care.”

“Dancing with the stars was every bit as exhausting and challenging – though not nearly as brutal as football – it required many hours of practice… I had aches and pains that I never had before.  Again, Chiropractic made the difference and kept me dancing and in the competition.”

If Chiropractic can help Jerry Rice play for 20 years in the NFL… just imagine what it can do for you! At Desired Health Chiropractic, we love helping athletes feel better, function better, and perform better! Call our office today (763) 205-6192 to learn how we can help you enhance your game.

Fun on the Rivers of Minnesota for Memorial Day